There is a number of known gangs operating in the area of London. All officers must take extra precautions when patrolling or driving through the known gang areas.

The Ballas gang controls the territory of Grove Street. The Ballas have been known to wear purple outfits and baseball jackets. The gang maintains a traditional rivalry with the Families. The gang does not usually attack officers while passing through the territory. However, if antagonised or if shots are fired within the territory Ballas members are known to respond back with fire. Intelligence indicates the gang members breed dangerous dogs which are used during fights.

The Families Gang primarily operates at Forum Drive. The gang members are known to wear green outfits, often seen drinking, driving vehicles or engaging in illegal street races. Due to the close proximity of the Ballas gang, shootouts are a frequent occurrence between the rival gangs. Families are not in favour of the police, on very rare occasions the gang may attack officers engaging the gang members.

The Kkangpae is a South Korean criminal organisation usually based by the apartment complex across the street from the convenience store. The gang members usually carry knives or pistols and often extorts the local businesses. Kkangpae's present hatred towards the police, with a number of officers previously being attacked while refuelling at the petrol station.

The Lost Motorcycle Club (MC) owns the pub and the barracks territory next to the Casino. The gang members are often seen wearing motorcycle jackets drinking alcohol in front of the fenced property. The Lost MC are known to be dangerous previously attacking police cars driving past or parked outside of the venue.

The Lost MC gang is also known to operate from the Stab City area in the Sandy Shores Borough. Stab City is a poor unlincensed trailer park. The gang members are relatively active and do not tolerate any police presence in the area. A number of fatal attacks have been aimed at the police in past, therefore all non-firearms officers must avoid the area. 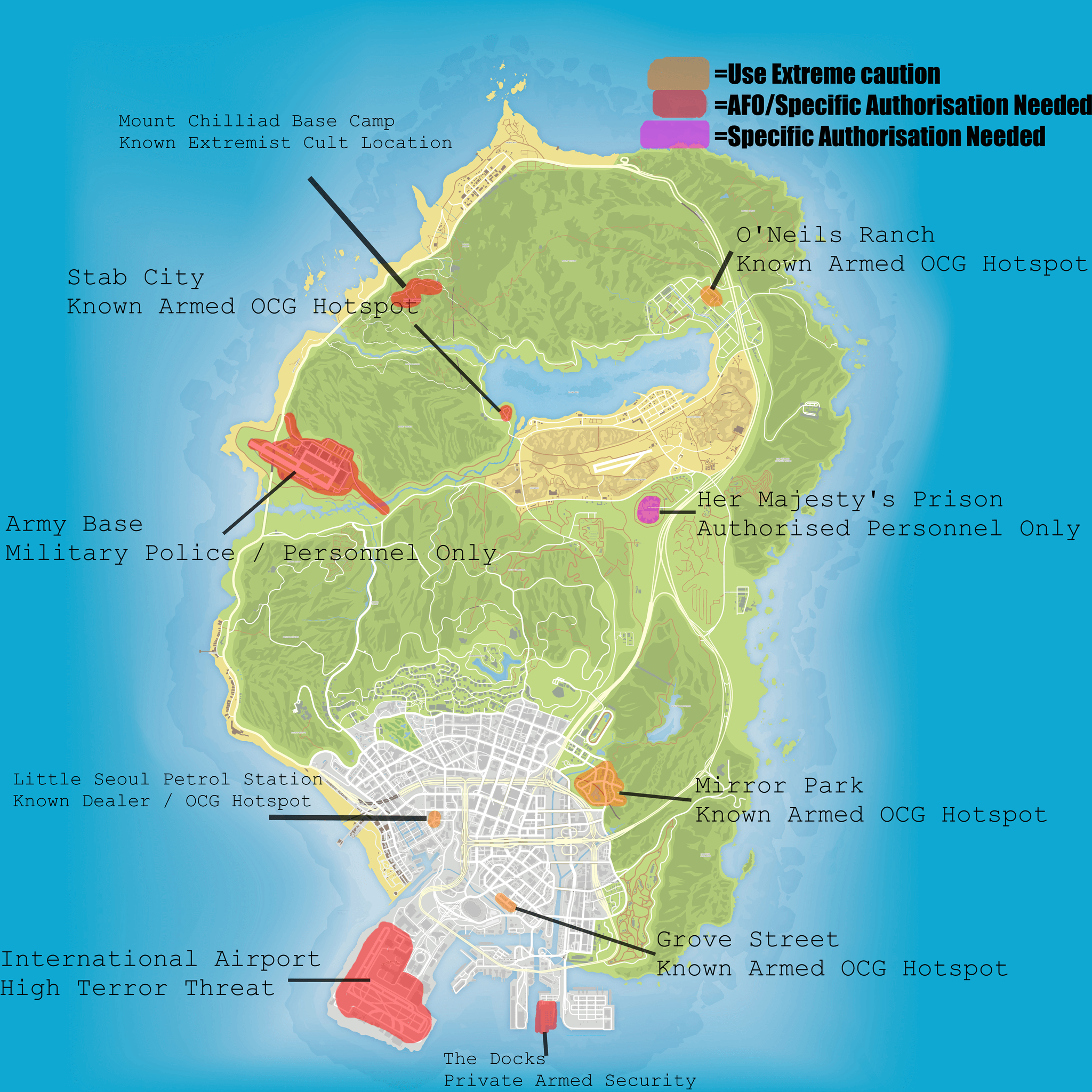